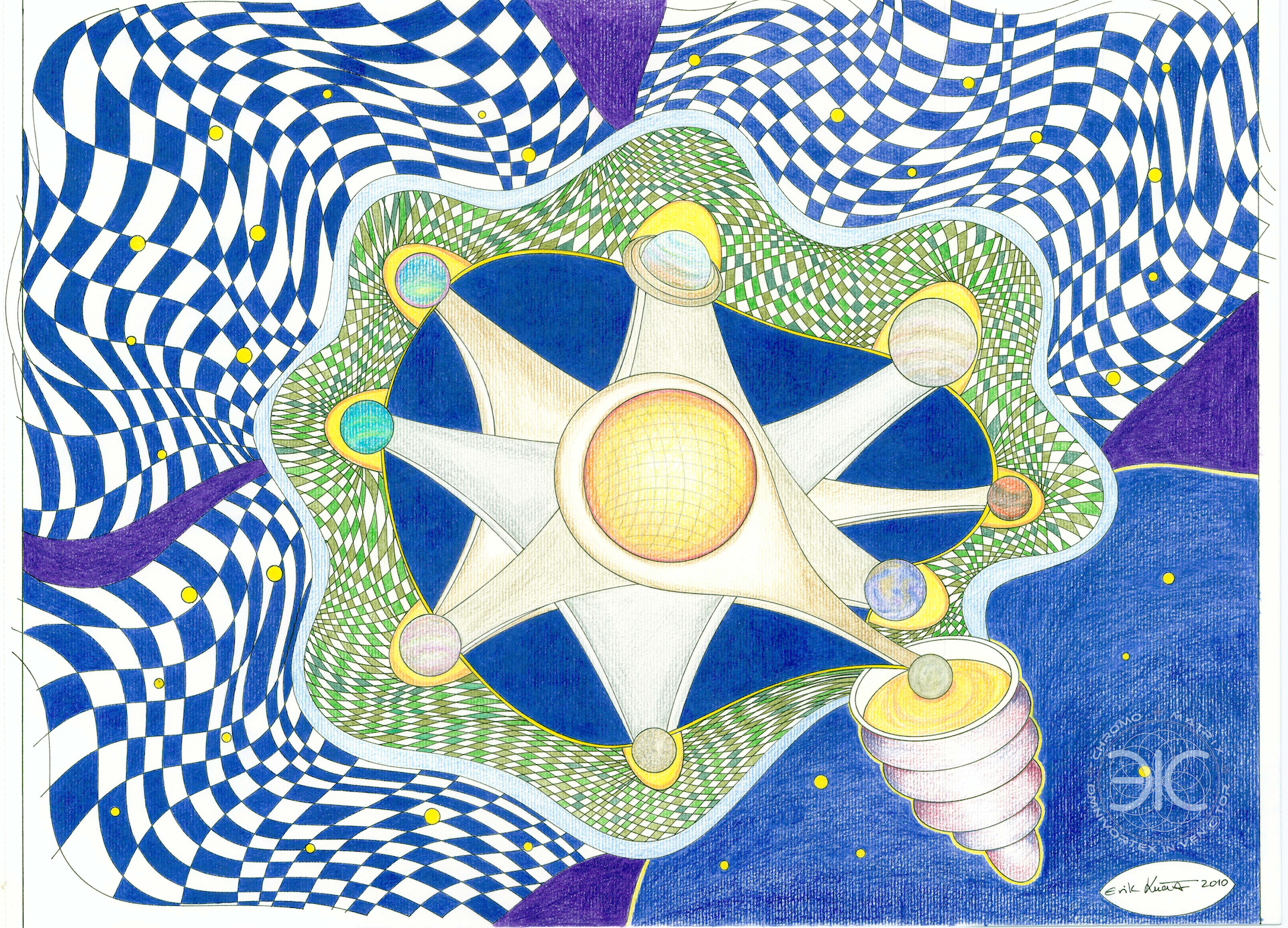 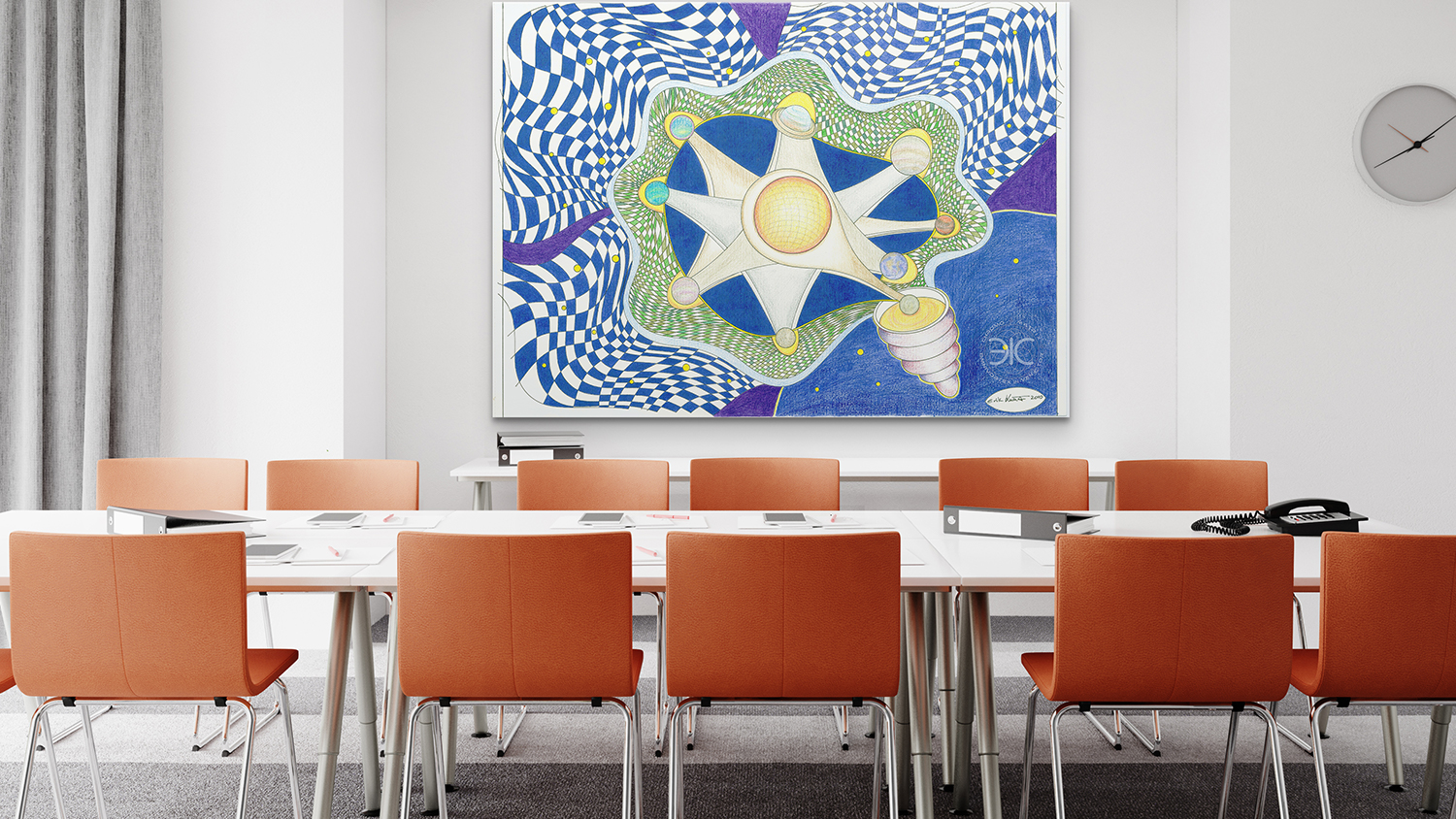 Symbolism in "Universal Light of Hanukah“ – by Erik Kucera

Here the Sun in the middle is receiving its source of light, from the source which keeps it burning. Represented here as a sort of universal oil which burns as if by miracle, we see a correlation to that of the holy oil in the temple which also by miracle burned for 8 days. Each of the planets around the sun are symbolic of the candles of the Menorah. Each little sphere shares the light of source and then reflects that light upon all who gaze into the sky. The Sun shares its light in this work with all the other planets represented here, just as it does in our solar system. The Sun as the Shamash, is that which shares its light with all the other candles (or planets). As the light shines from each planet, you can see the light stretches out from the sun to each spinning orb. Any three planets create a triangle of light, which when viewed with another three planets will create an opposing triangle which then makes a Star of David. Next time you gaze upon midnight sky, remember too that it is a miracle to see the shared light of all the moon and all the other planets who reflect the beauty of our burning sun.