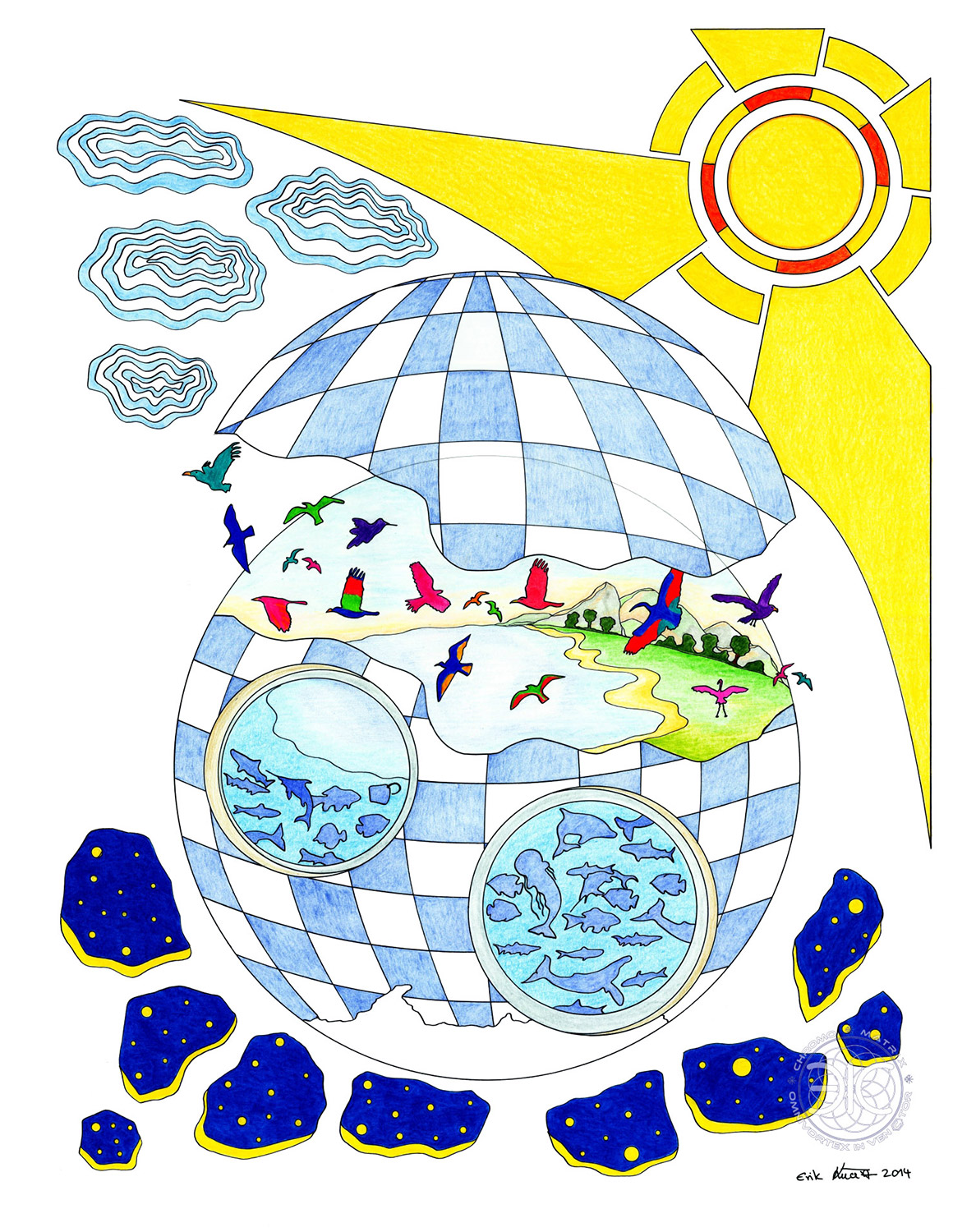 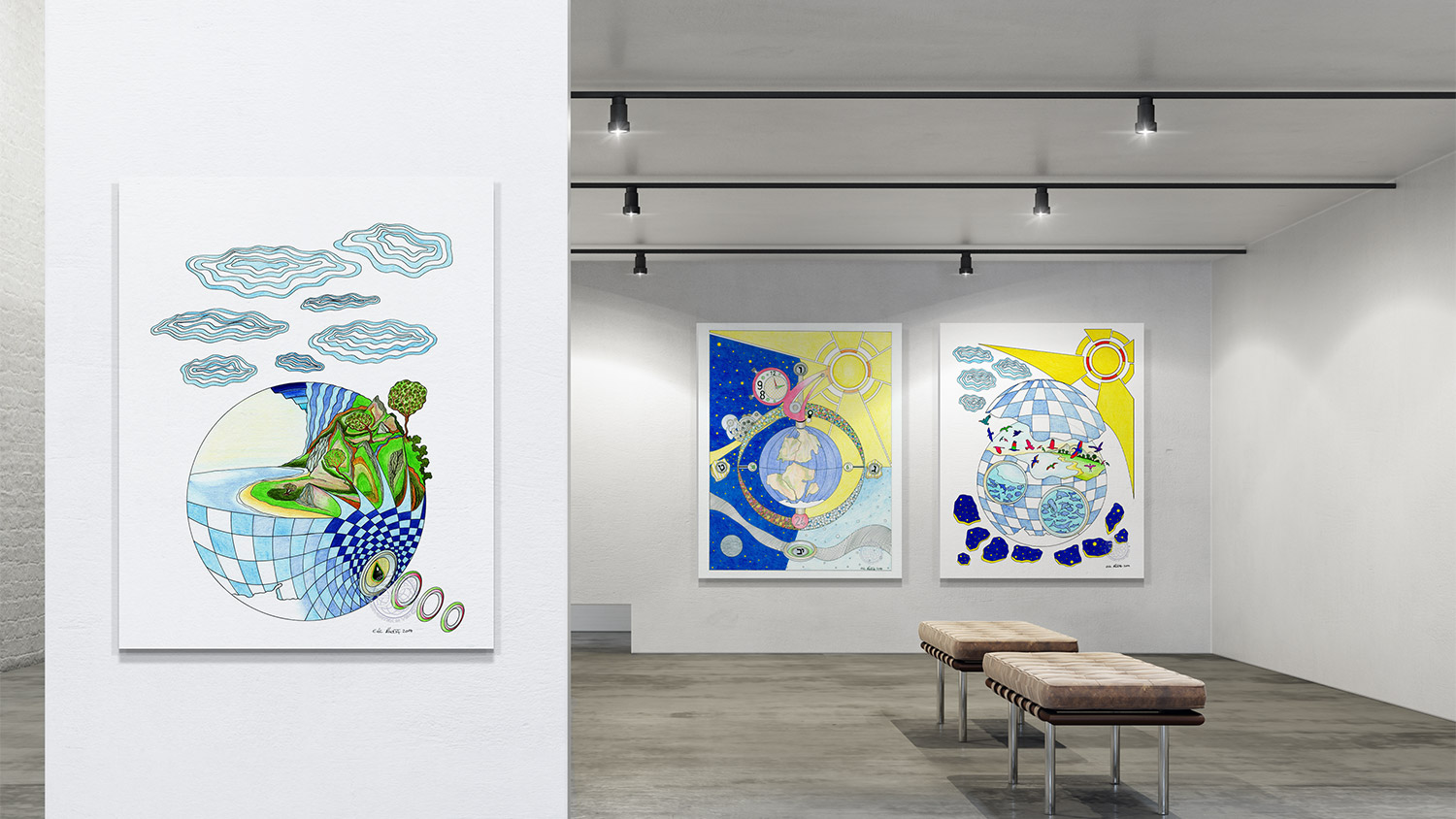 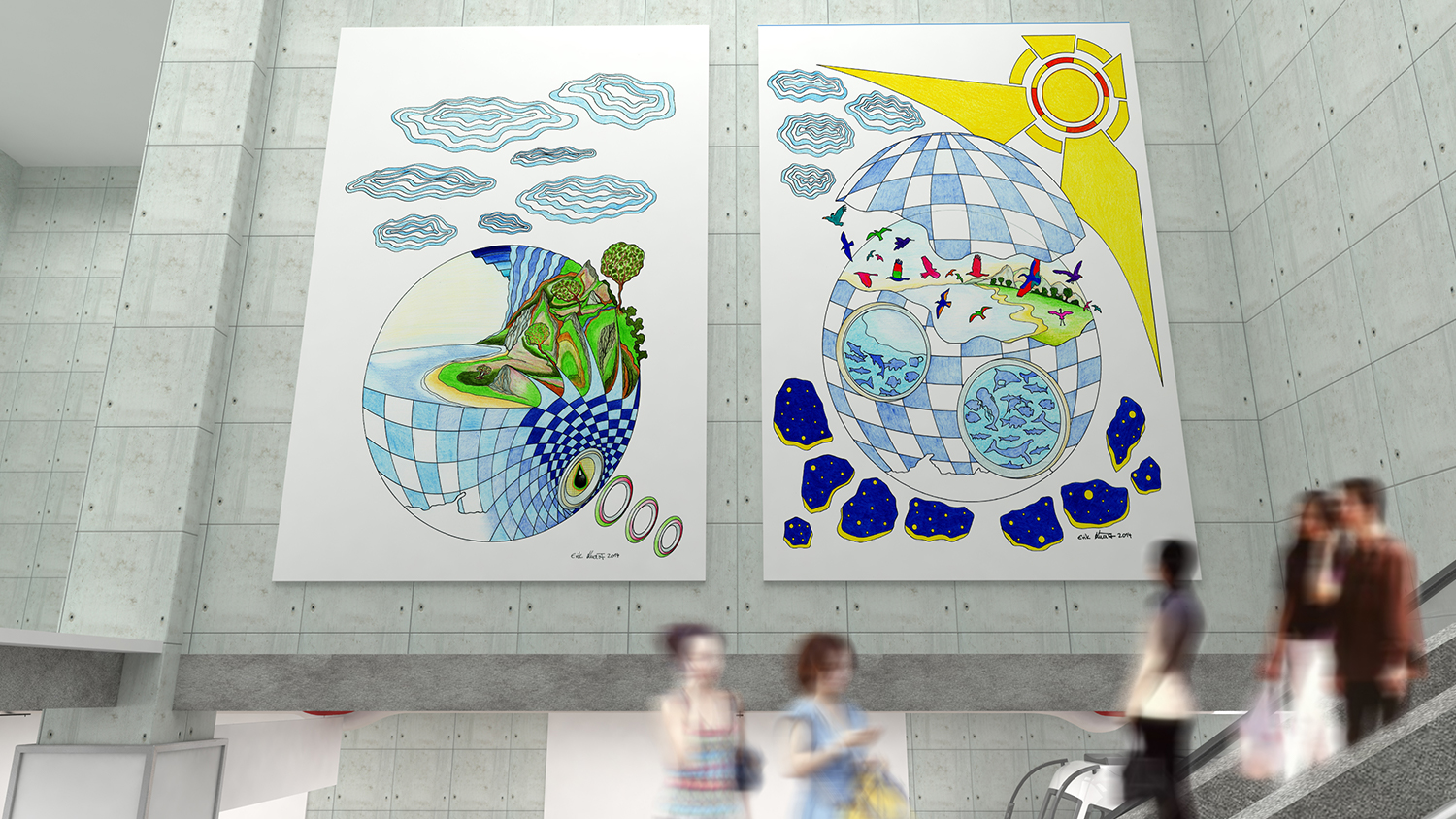 Symbolism in the 5th day

1. Here we see the waters are swarming with living creatures and the fowl fly  above the earth in the open firmament of heaven.

2. There are 47 creatures to see in this picture, 47 is the numerical value of the  verse of Genesis where it is written: “And G-d saw that it was good” 3. The Earth is open like an egg shape to symbolize all of the creatures of the  air (and some by water) which are born from an egg.

4. Another reason why the Earth is shown as open is to signify that the planet  has opened up to animal life and that nature is taking its course.  5. There are 9 pieces of the universe below the Earth. The number 9  represents the ninth letter in the Hebrew alefbet tet. In the Torah, Tet  appears the first time in the word tov of Genesis (translated as good). The  first tet of tov is unusual as it has 4 crowns instead of 3 which when 4 is multiplied by 9 you get 36, which in the Torah is used to describe the  Hidden or Primordial Light (tov) which represents all that is beneficial or  good.

6. 9 is also equivalent to the Hebrew word EMET (emes) meaning TRUTH as  every multiple of 9 remains 9 and thus the truth can never be altered and  must always remain the same.

7. The next day we will see Adam which is in mispar katan gematria 9,  because he alone from the entire universe was faced with the seal of truth  from his Creator.

8. In one window into the water we see 10 creatures of the sea. 10 is the  number of utterances spoken by G-d during the creation of the world,  manifesting as the 10 Sephirot.

9. In the second window into the water we see 18 creatures of the sea, 18  meaning Chai (Life) and symbolizing life within the water which has now  formed