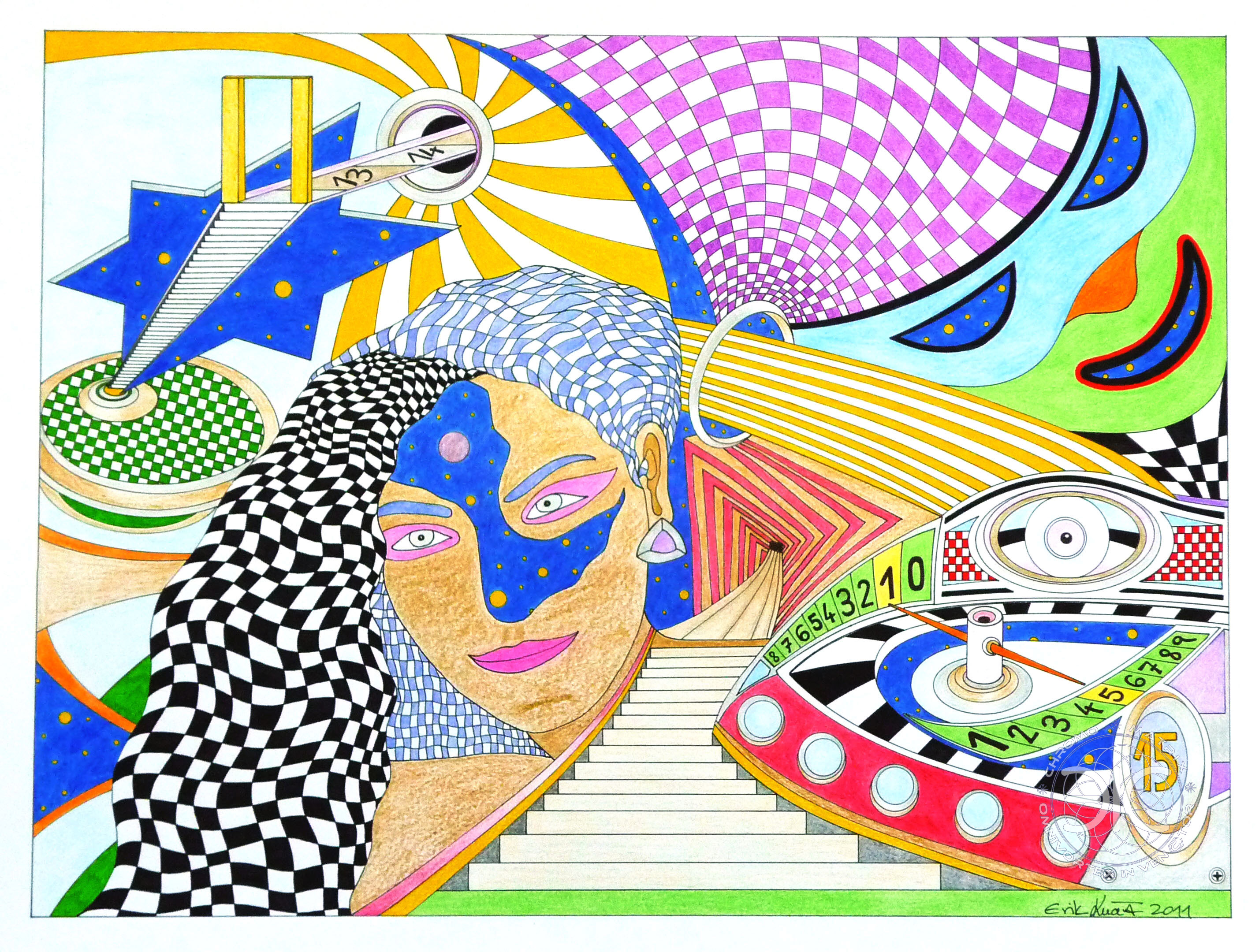 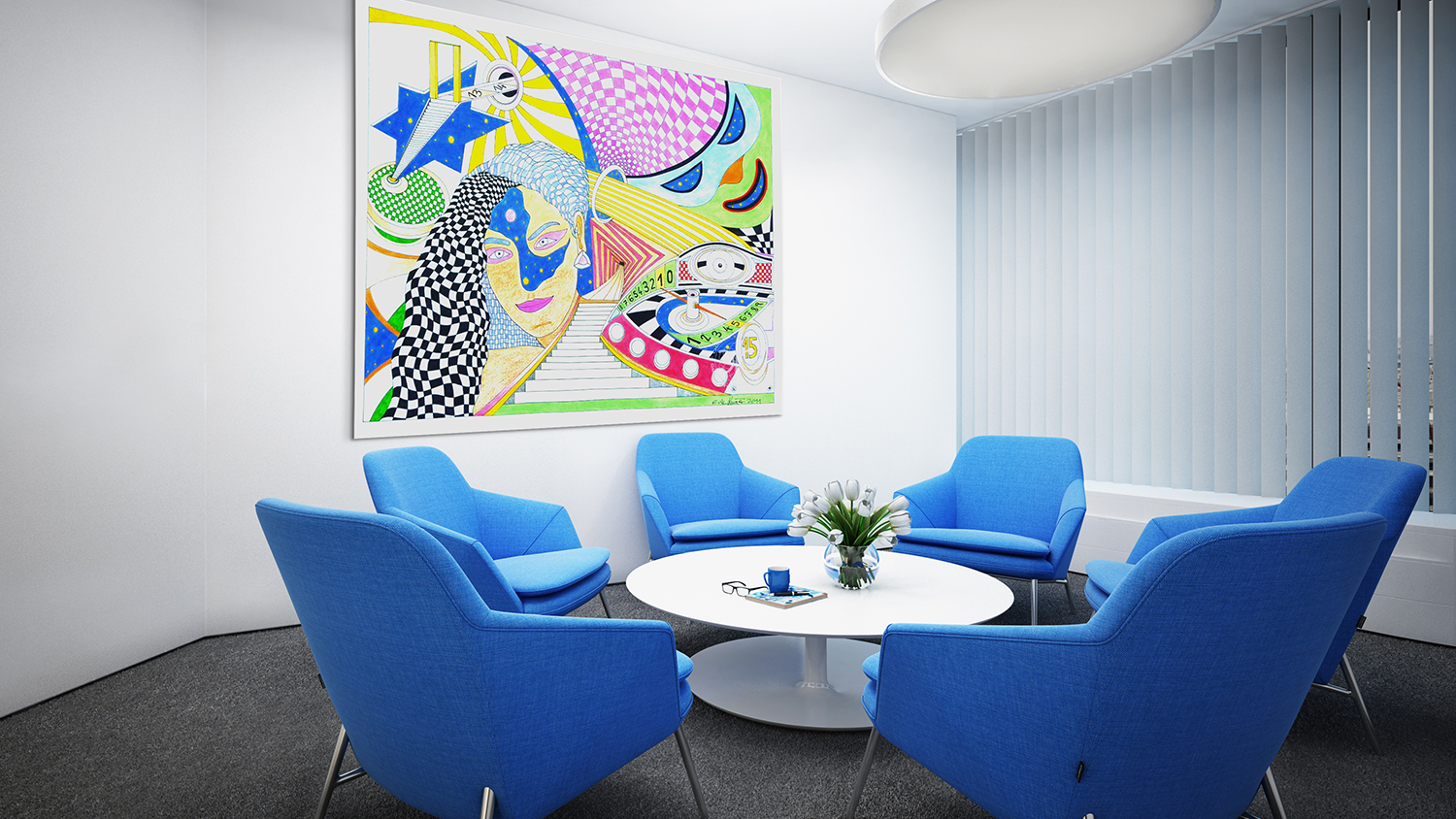 Symbolism in „Purim“– by Erik Kučera

In the middle is our herorine Esther, with brilliant hair and beautiful skin. Her eyes are shining brightly as she celebrates the freedom of her people to survive Haman’s decree. On her ear one sees an earring she wears which is made in the shape of a Hamantasche. She who mad the future possible for those who were sentanced to death, is part future herself, represented in the universe which makes up part of her face.

Above on the right side we see a Mask which is used as part of the celebration today of the Purim Festival.

Below right we see a symbol of the number 15 shown both just numerically and also a dial using the numbers 1 and 5. This number is symbolic of the 15ht of Adar which is when Purim is celebrated in Jerusalem.